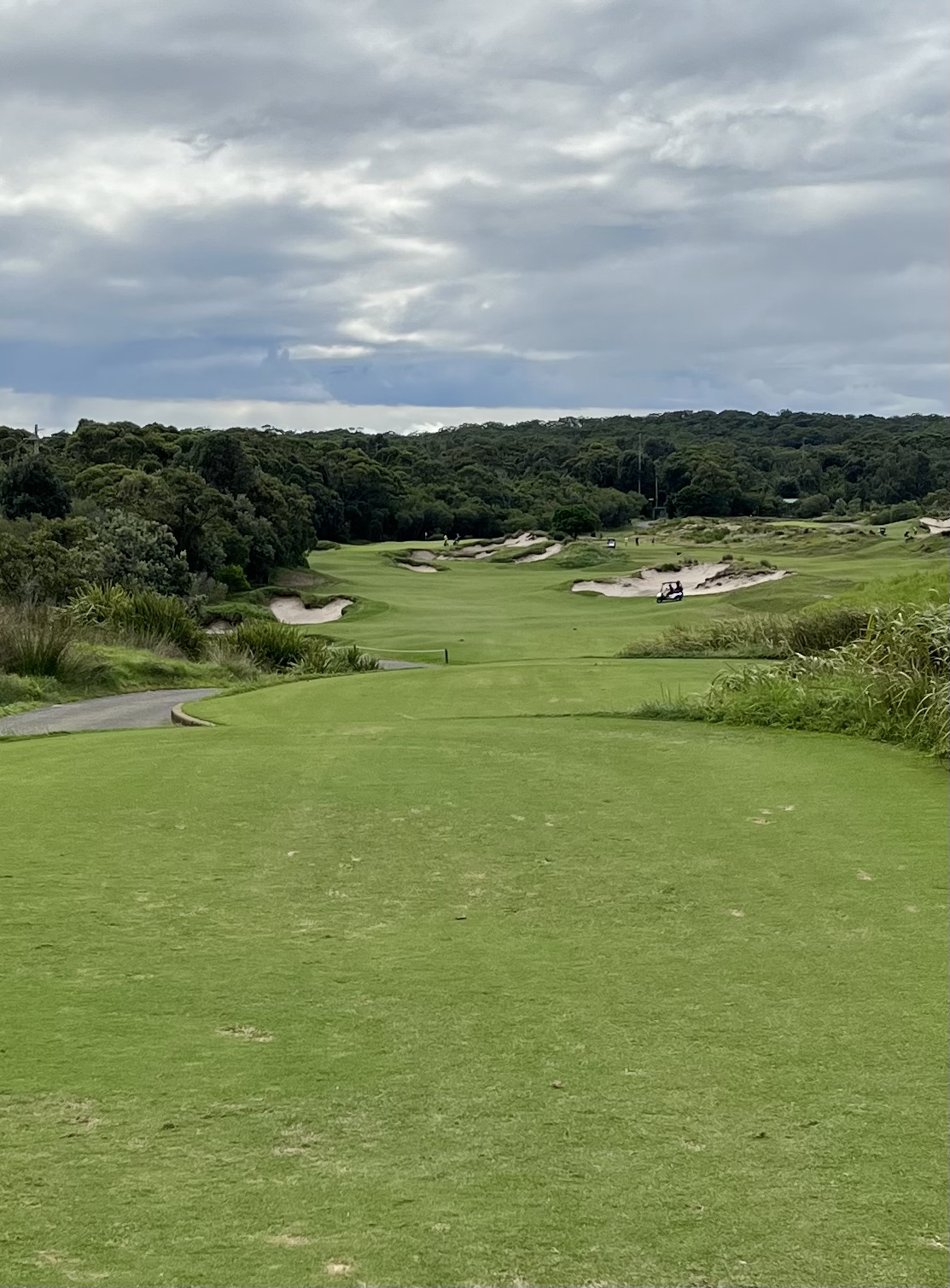 Wild, wicked and wonderfully tough on the rolling sand in NSW Central Coast

This Ross Watson course on a narrow neck of sandy dune country between the sea and Tuggerah Lake at the top end of NSW’s busy Central Coast was opened in 2006. Part of the course was a rubbish tip in a former life, so lots of sand was carted in which has added over 20 feet to the lie of the land. It’s all man-made and there are humps and bumps and lumps everywhere you look, on all fairways and greens. There is sand everywhere too, bunkers galore with some very large and gnarly fairway bunkers, some with tall fescue surrounds, some raised, some with steep tall walls.

It really is a spectacular looking, links “style” place, and it’s tough. Those fairways are on the tight side, I can’t recall one bail-out area from the tees and once you get past those first layers of fairway bunkers, it’s 2 to 3 foot of dense growth which does not spit any balls back!

The green complexes are large and undulating and were in really good nick on my Anzac Day round. The santa-anna couch fairways were patchy and there was a fair bit of construction/ repair work going on with 1 hole out of play and another par4 cut to a temporary par3. For all its spectacular characteristics, every hole presents a superb outlook, there are defining characteristic on most holes, but you do get similar looks from many of the tees.

The 3s are rippers, all differentiated but not that long, the 411m (438 from the back) uphill 10th with a wildly undulating green is memorable as one of the hardest 4s I’ve ever played, the left to right 310m 13th with large stepped bunkers cut into surrounding mounds left at 190m, protecting a fairway that steps dramatically down at about 200m is memorable and a super hole, but 2 of the par5s stick in my mind the most. The 500m 2nd (with ocean in view on the left all the way down the hole, bends slightly left to right with central fairway bunkers at driving length that has a narrow strip for the shorter right hand path, which is protected by dunes, and wider landing area on the left side, for the long way around. It also has a severely sloping green with everything sloping off right-hand greenside bunkers all the way across the green, down into left-side swails) and the 550m 18th (I would like to say a ‘definite 3-shotter’ but you can never say that these days. Big fairway bunkers left off the tee that may be carried, depending on tee position, to the standard narrow fairway, then an exhilarating second that sees you stare at bunkers right across the fairway, and presents a number of different targets from which to play your third, to a stadium-type green, which has an ampitheatre feeling amongst semi-circular set houses).

Overall, this is a very tough test of golf. It possesses spectacularly scary views from the tee blocks, has menacing-looking bunkering throughout, and is very penal off the tee. The green complexes are varied and very undulating on surfaces that were pure.